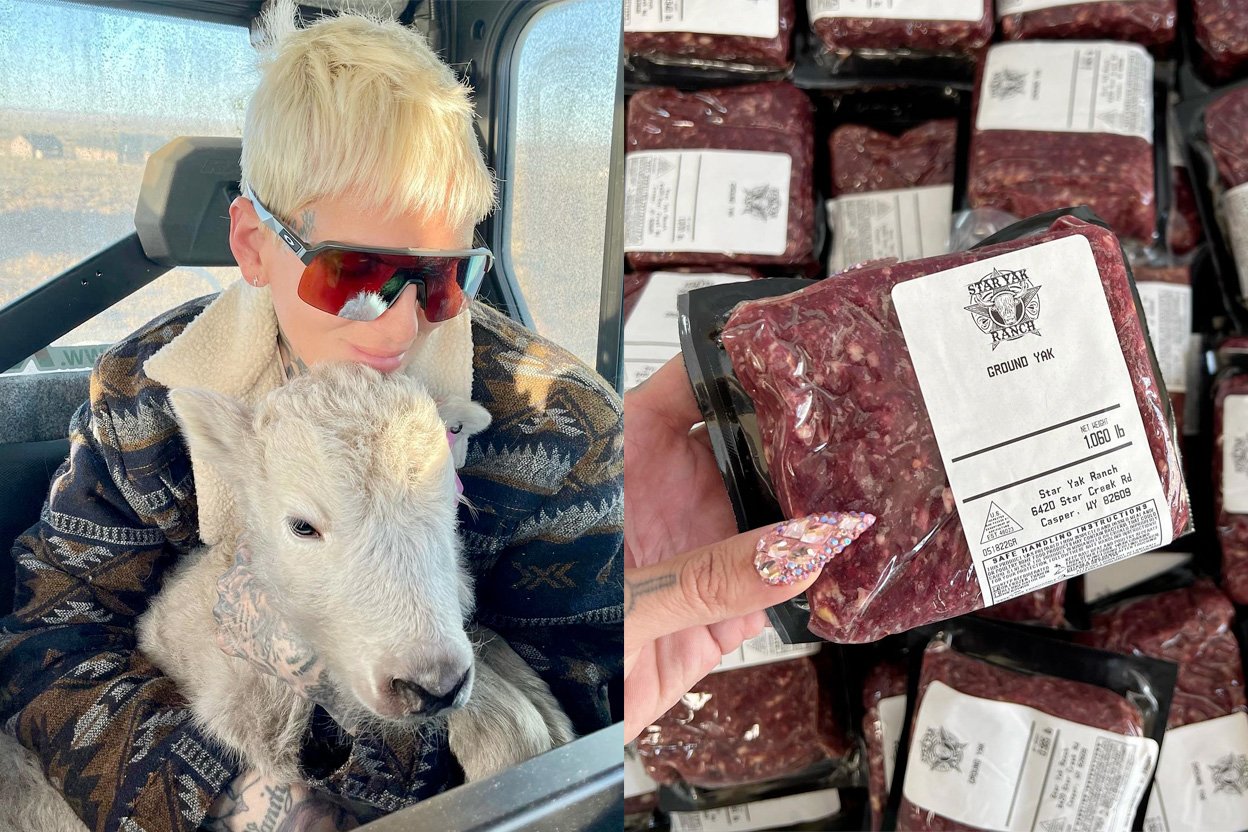 We haven't covered a controversy since the Lime Crime saga and the Naturium oopsie, both of which involved false vegan claims. This one's different, so brace yourself! Jeffree Star is now under fire for selling yak meat, after showing off his "pet" yaks which he referred to as "family" on social media. You can't make this stuff up.

Jeffree Star has been a controversial figure since the beginning of his career. It's part of how he attracts all the attention he does, and it's part of why he became one of the largest beauty YouTubers. His brand, Jeffree Star Cosmetics, is also huge.

There's always a controversy with him. Whether he's destroying Chanel bags with a chainsaw for views (sure, not a huge deal, but it's a weird social status flex) or being straight-up racist on camera, multiple times. You might also recall that he named his eyeshadow palette "Cremated" in the midst of the pandemic, while millions of people worldwide were dying.

For these reasons, I didn't add Jeffree Star Cosmetics to our list of cruelty-free brands, despite them being a vegan brand. I know, I was being biased. But it's my list, and there are certain brands I choose not to promote. To this day, I don't add any MLM brands because of the ethical implications of pyramid schemes. I know some of you are upset about me not adding Arbonne and Beautycounter, but I can't in good conscience promote these predatory companies.

The brand is also fully vegan, although Jeffree isn't. This isn't a problem, and any progress in moving away from animal cruelty in the beauty industry should be applauded. Regarding his vegan status, he claimed:

I see no conflict. I chose to create a cosmetics line that doesn’t torture and test on animals. We all know I’ve never claimed to be vegan, it’s about evolving in the beauty industry & moving past the old ways https://t.co/KDaI9CftMU

In 2020, Jeffree Star purchased a ranch in Wyoming, where he eventually started raising yaks. He posted several pictures of his yaks on social media, claiming that these yaks are his "pets" and part of his "family".

Jeffree Star has spent the past year preparing for a new era, the Wyoming-based Star Yak Ranch. He filed to trademark a line of yak yarn, dog treats, clothes, etc.

jeffree star killing yaks for the meat market is a pivot i genuinely did not see coming pic.twitter.com/5nSEYBR95m

Little did we know, behind the scenes, he was butchering the yaks to sell their meat. The thing is, Jeffree Star never hid his yak meat business. They even have their own social media channel, where he showcases packs of yak meat. So we have to wonder, is this another publicity stunt for Jeffree to promote his new venture? I mean come on, the address of where you can go buy the meat is in the Instagram caption of the controversial post.

I absolutely hate Jeffree Star. This MF has a yak ranch, talking about loving these animals, pics cuddling them and shit only to ACTUALLY now be selling Yak meat?? What a sick bastard.

These are the same tactics used by Kim Kardashian and Nikita Dragun. As long as we give these stories attention, much like I'm doing now, the behavior won't stop. I chose to share this story because I have an ethical audience who might like to be warned before purchasing Jeffree Star Cosmetics. However since this story was picked up all over the media, I'm sure it was a net positive for Jeffree and his yak meat. Thoughts?