OPI is not cruelty-free, as they sell their nail polish in China, where animal testing is mandatory for foreign cosmetics.

OPI used to be on PETA’s list of companies that do not test on animals, but this is no longer the case. Since Coty acquired OPI in 2010, the brand started selling in China. Coty’s animal testing policy is that they don’t test on animals except when required by law.

Here’s a screenshot from their website. OPI has distributors all over the world, including China. Although their distributor is based in Hong Kong, the company has claimed to sell in mainland China. If I ever hear back from OPI, this page will be updated. 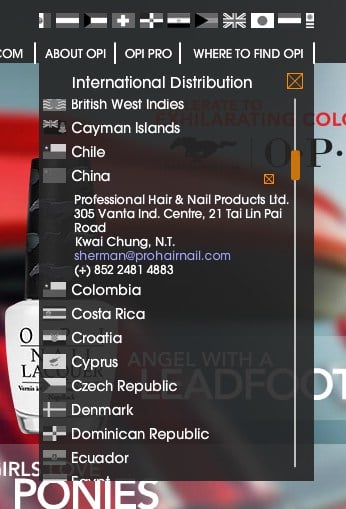 30 Makeup Brands That Still Test On Animals In 2020