Personal Post: Blogging Woes And A New Beginning For CFK

I’ve always emphasized the importance of voting with our money. By buying cruelty-free, we’re supporting the causes that matter to us and sending a clear message to all companies.

The question is: How can we bring more people to support these causes?

As vegans or vegetarians we often find ourselves wishing that our friends and family members would follow our path announce themselves as vegan or vegetarian. The sad reality is that often they don’t.

But our friends and family members don’t have to become vegan or vegetarian in order to start reducing the amount of animal products they use.

If cruelty-free companies work hard to create great products, and we recommend those products to everyone, we’re helping reduce the amount of harm done to animals.

Today, we’ve teamed up with a brand that has done exactly what I’m talking about. This is a sponsored post in collaboration with the brand Charlie Butler.

Charlie Butler is a 100% vegan shoe company, and their products will blow any non-vegan shoe out of the water. And get this: over 50% of their customers aren’t vegan!

The brand doesn’t settle for mediocrity and stands for pursuing excellence. Their shoes have universal appeal because they have the look and quality of a designer shoe. They design every model themselves, and each pair is handmade and made-to-measure for your unique feet. No leather shoe bought in a store can bring you this level of comfort.

Faran Saberi is the founder of Charlie Butler. Being a vegan himself, he found his options for nice formal shoes to be very limited. He could either purchase a leather shoe that goes against his beliefs, or a low-quality faux-leather option. Sidenote: He went with the vegan shoe, which ended up giving him blisters and lasting him a week!

“It used to be that non-leather shoes just sucked,” says Faran. “They were stiff, rigid, ugly and very uncomfortable, just an afterthought.”

His vision then became to build a vegan shoe that not only matches the quality of leather shoes found in stores, but surpasses it. 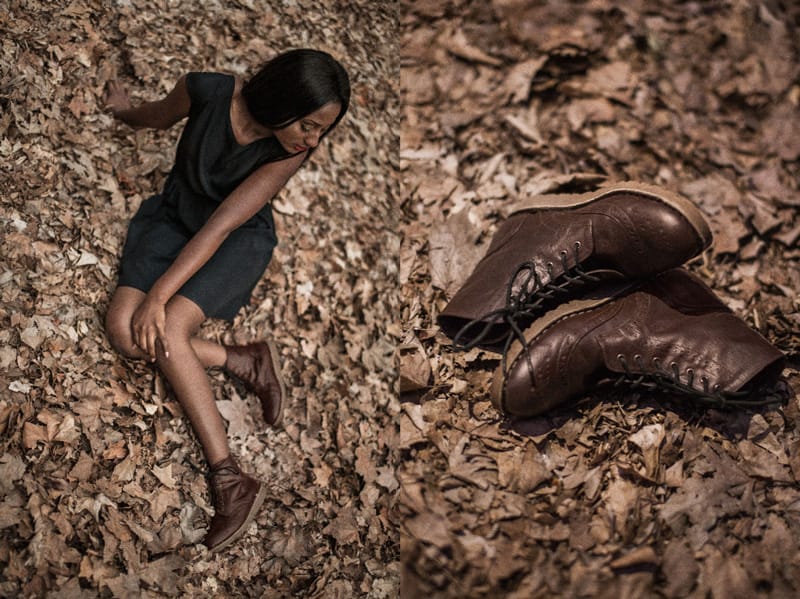 When polling their customers, Charlie Butler was surprised to find that more than half of them weren’t vegan. “That’s when we realized we can make a positive difference by focusing on selling not only to our beloved target market, but also to the rest of humanity”, says Faran.

Charlie Butler’s goal is to build a customer base that’s 70% non-vegan.

Why does this have more of an impact than selling to an already-vegan audience? Because the more small changes we all make, the more animal suffering is reduced.

“I noticed this opportunity before starting the shoe brand,” Faran says. “I had non-vegan friends that I would eat with and I noticed that if the vegan product tasted good, they were more than happy to eat it instead of meat. Most people love animals and if the alternative is just as good or better, they’re more than happy to switch.”

The founders of Charlie Butler strongly believe that vegan companies should put more effort into their businesses by creating better, high-quality products.

“And that’s where vegan brands have extra responsibility. We need to come up with products that are much better to use than the cruel alternative. Then we’ll start to see people switching. People should see a vegan product and think: that’s going to be a good product”, added Faran.

Personal Post: Blogging Woes And A New Beginning For CFK

How Do You Encourage Non-Vegans To Buy Vegan?

Asking friends and family to become vegan is difficult.

An alternative to this approach is to seek out vegan brands that offer excellent products like Charlie Butler, and then to share those brands and their products with our friends. It’s easier to let the quality of the product speak for itself. The net result is less cruel products being purchased and consumed.

For non-vegans, it’s all about taking small steps towards veganism without feeling overwhelmed. If your non-vegan friends don’t feel restricted with this new change, they’re more likely to seek out even more vegan alternatives.

Even if veganism is the end goal, reducing the use of animal products and hence animal suffering is a good start, and a realistic short term goal for your friends and family.

Charlie Butler is currently running a Kickstarter campaign with a pair of boots going for $135 (if you hurry and get an early bird special).

They’re offering an awesome collection of unisex models with cheap early bird deals, available only for the next 28 days.

And lastly, if you like Charlie Butler or any other cruelty-free brands, get active and start telling your family and friends about them on Facebook, Twitter, or simply during a face-to-face conversation.

Check out their new Kickstarter!

Thank you to Charlie Butler for teaming up with Cruelty-Free Kitty in this sponsored post. And thank you, dear reader, for supporting cruelty-free and vegan brands.

30 Makeup Brands That Still Test On Animals In 2019